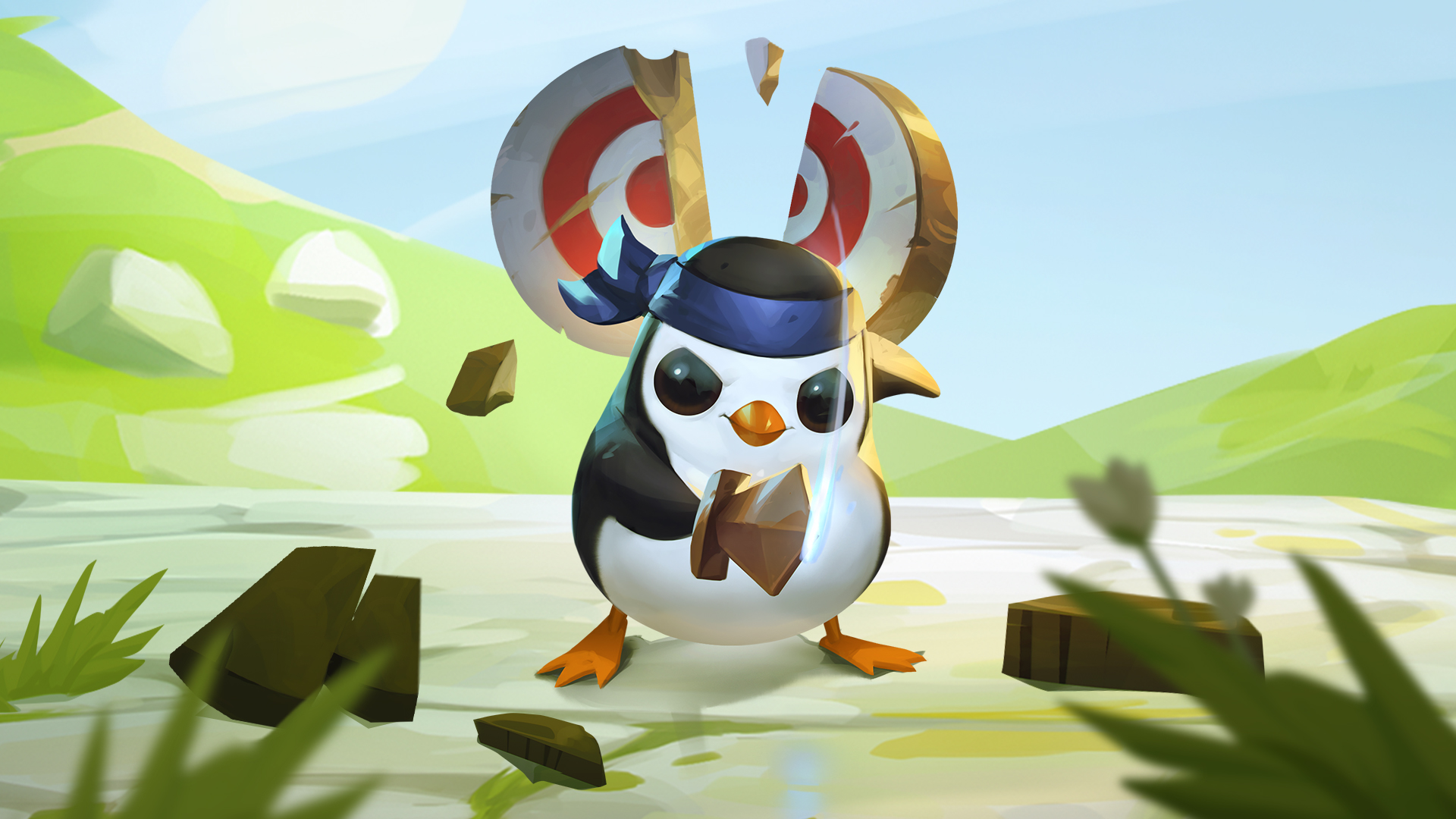 Game Updates
What is Teamfight Tactics?

What is Teamfight Tactics? Here’s everything you need to know before jumping into your first game.

Teamfight Tactics is a strategic free-for-all game of attrition featuring iconic champions from League of Legends. Your goal? Grow your team and protect your board to become the last player standing. Here you'll find the basic information you need to get started:

Teamfight Tactics is an autobattler: a round-based PvP game where you’ll draft a team that battles automatically on your behalf. If you've never played an autobattler before, don't worry! TFT borrows from many of the concepts you know and love about other strategy games, like drafting from a shared pool of resources, team building, economy management, and positioning.

Here's how it works: Individuals face off in 1-on-1 matches until only one player remains. You win by drafting the best team of champions from a shared pool, equipping them with powerful items, managing your gold income to buy out the competition, and positioning your team in winning battle formations. There are unlimited winning strategies, so you’ll have to adapt to different situations in every game to come out on top.

Every game of TFT takes place in the Convergence, and centers around a specific theme and story called a set. Every few months TFT introduces you to a new universe with new champions, traits, and characters to play. In terms of gameplay, new sets also come with a new Ranked ladder to climb, new team compositions, and new item possibilities.

In the current set, Teamfight Tactics: Reckoning, the Black Mist has made its way to the Convergence, corrupting everything in its path and schewing the balance between chaos and order. As the forces clash in the ultimate battle for balance, players must choose whether to stand with the guardians of order, or revel with the agents of chaos. 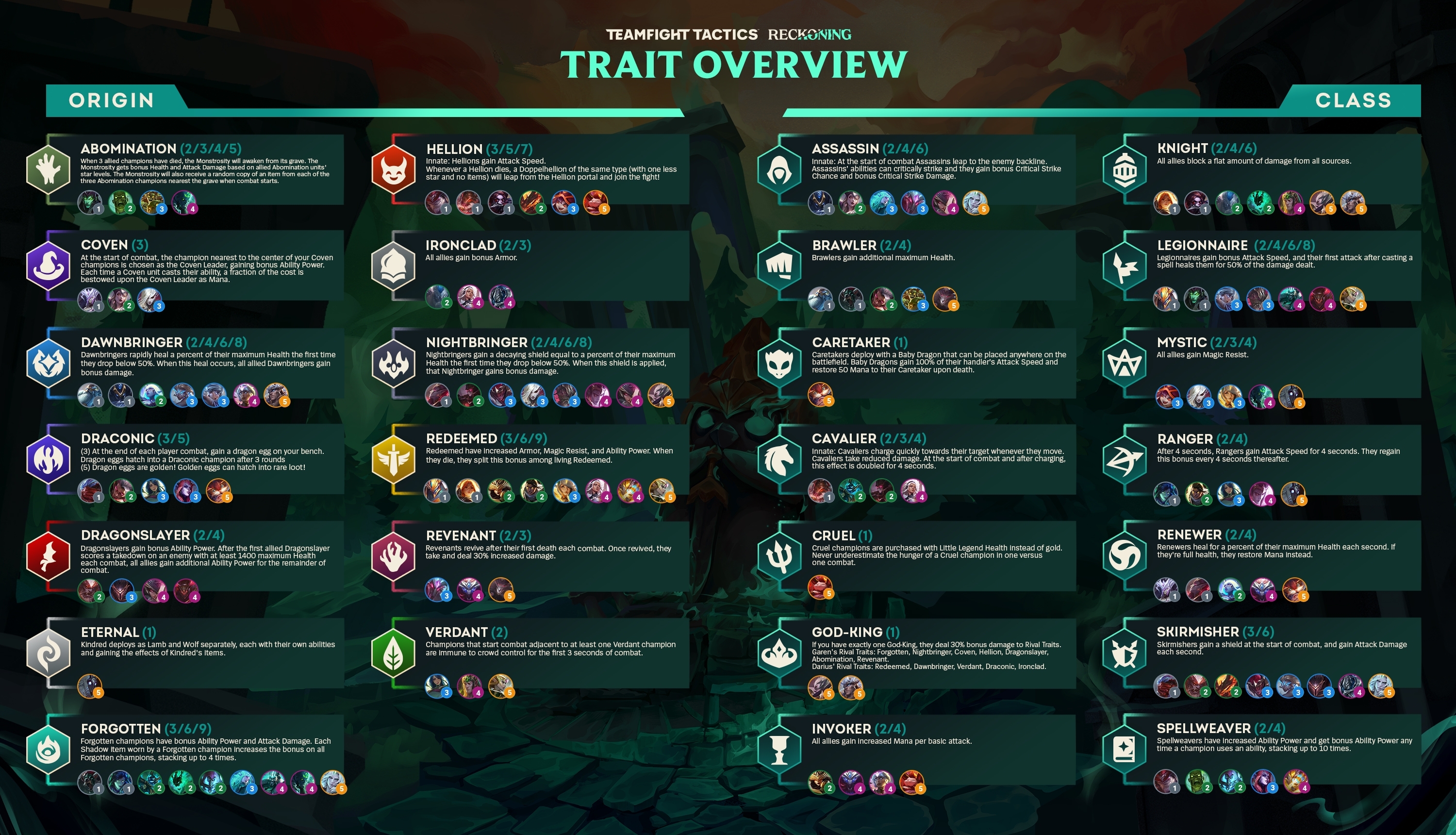 Teamfight Tactics is completely free to play. You can play for as long as you want without spending any money, and there is no way for anyone to purchase in-game power.

However, if you are looking to spice up your experience, then we have a whole lot of stuff for you.

Little Legends: Your in-game avatar is called a Little Legend. These species and their variants control the powerful armies you build throughout the course of a game. There are dozens of species with hundreds of variants that come in all shapes and sizes. So if you want to be an energetic Featherknight or a hungry Choncc, we have the avatar for you. Little Legends can be hatched randomly from eggs or purchased directly with Star Shards. 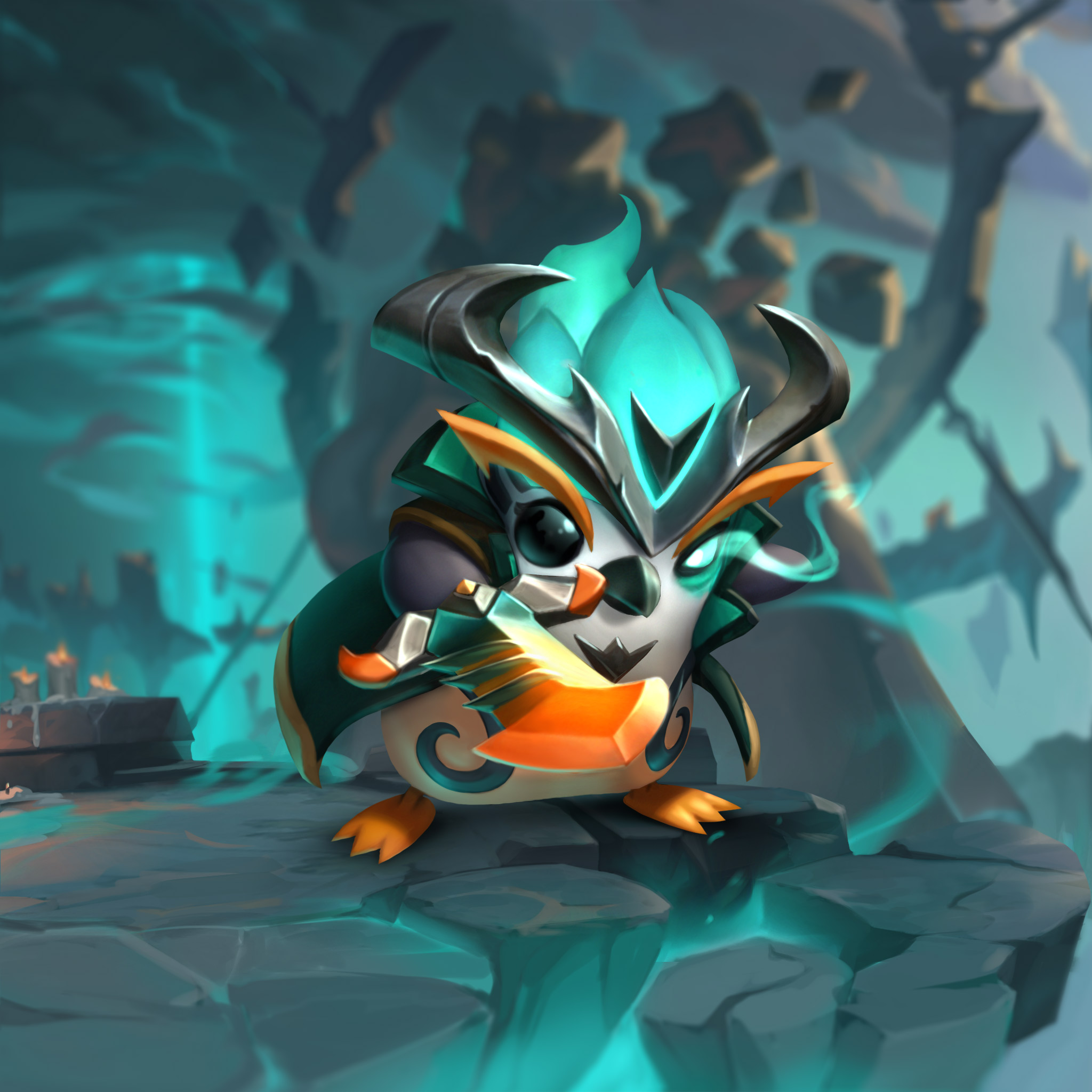 Arenas: The board your team battles on is called an arena. Some arenas are interactable and come with their own sound effects and even music.

Passes: Every set comes with its very own Pass, and how it works is simple: Play TFT, get stuff! If you buy the Pass+ you get even more stuff including exclusive Little Legends, arenas, and booms (unique animations for when you deal damage to an enemy Little Legend).

Taking Your Play to the Next Level

If you want to learn more about how to play Teamfight Tactics we recommend taking a look at a few of these sites maintained by members of TFT's awesome community. There you’ll find detailed descriptions of champions traits and items, as well as recommendations on how to manage your economy and build strong teams.