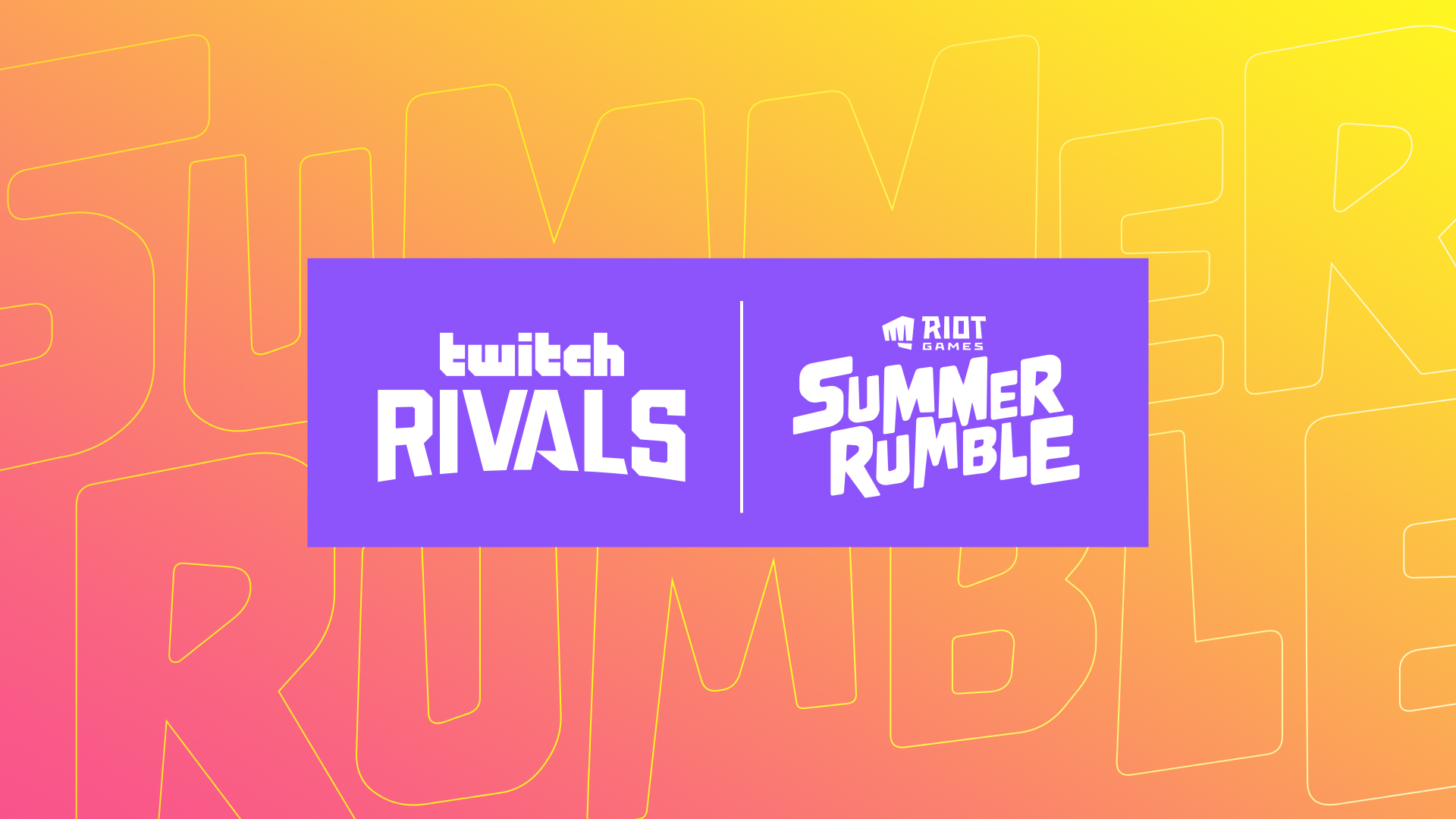 Community
Tune in to the Riot Games Summer Rumble

‘It’s coming home’ for one European country this summer, as 10 teams of creators compete for the chance to be crowned the champions of not just one ‘beautiful game’, but three.

Players can tune in to watch the tournament at twitch.tv/twitchrivals. Check out more details about the event, and who is taking part, below! 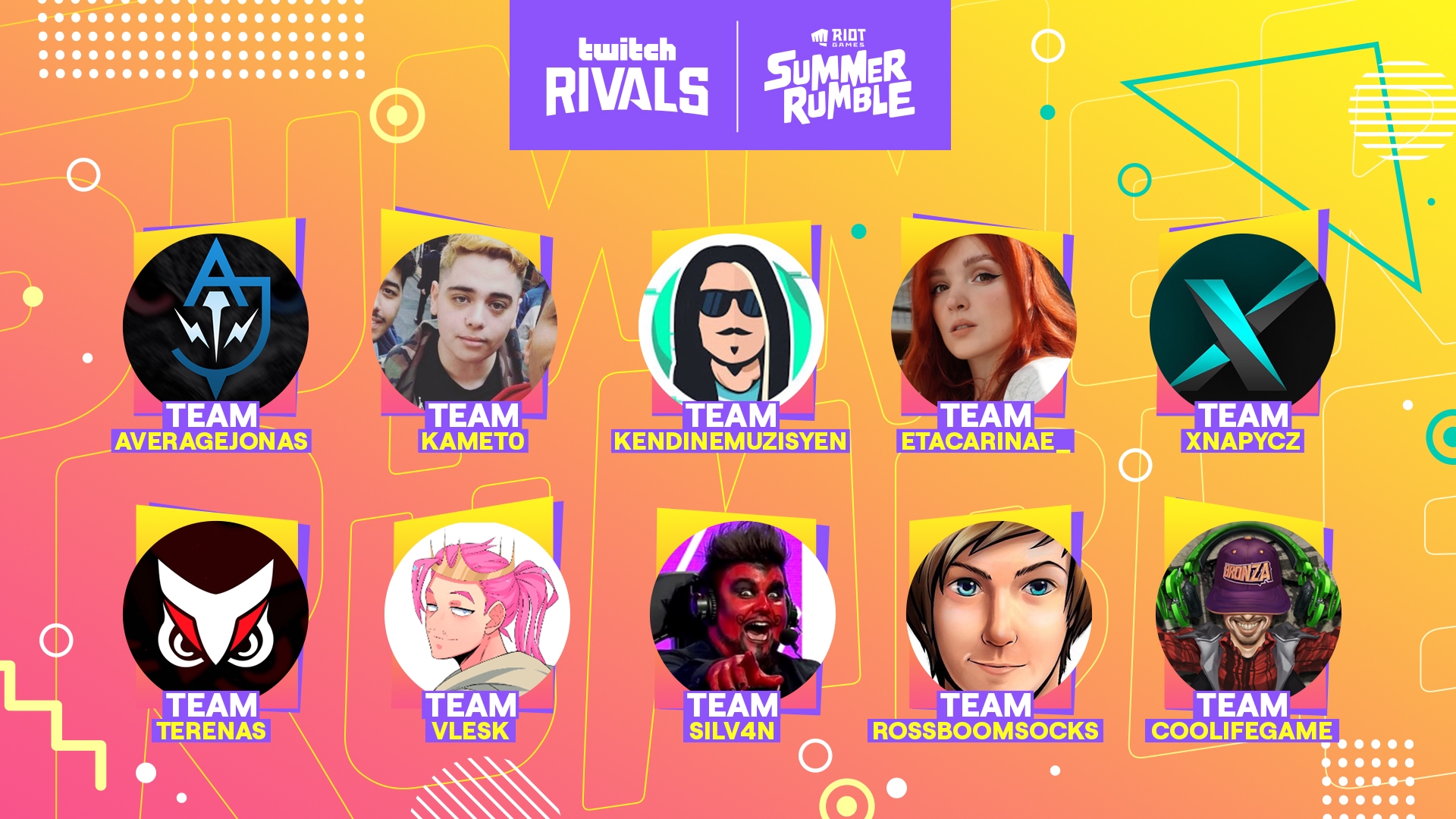 Each country team is captained by a much-loved Twitch creator - responsible for coaching their teams to glory. Each captain will also be co-streaming their team’s matches in their local language - providing players with another way to support their country.

Captains will each choose 14 creators to join their team across the three games, with 5 x VALORANT players, 5 x League of Legends players, and 4 x TFT players each.

Current schedule is below. Times may be subject to change throughout each day based on match length.lk 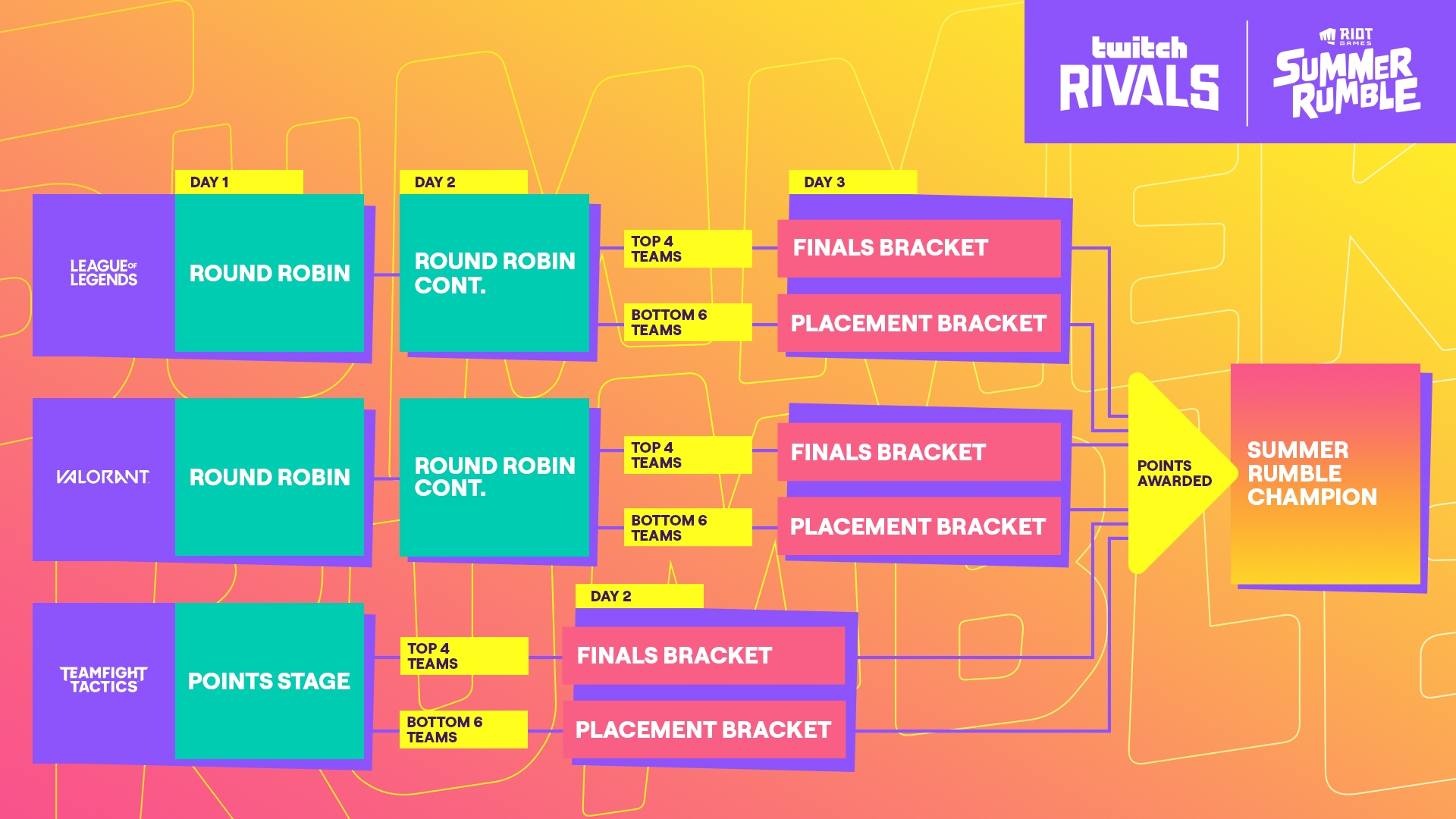 For both VALORANT and League of Legends, the first and second day of the competition will comprise a round robin during which every team will play every other team in a best of one. This means each team will play nine matches in total.

At the end of day two, the four best performing teams will progress to the Finals Bracket, while the remaining six teams will drop to the Placement Bracket.

The Finals Bracket will play out as a high stakes battle to establish the best performing team in each game and bag as many Placement Points as possible. Meanwhile, teams in the Placement Bracket will compete to determine final standings from 5th to 10th and snag some consolation Placement Points to top up their country’s total.

The competition for TFT will look slightly different. On day one, players will compete to earn TFT points based on their finishing positions in five games. In a twist, games will contain two players from each country team which is sure to create some interesting dynamics.

At the end of day one, the TFT points earned by players on each team will be added together and the four teams with the most TFT points will progress to the Finals Bracket while the bottom six teams will drop to the Placement Bracket.

On day two, TFT points will be reset and the chaos will escalate with each lobby containing all four players from a team.

Teams in the Finals Bracket will compete among themselves with players again earning TFT points based on their individual finishing position over multiple games. At the end of the day, each player’s TFT points will be added together to determine the final standings from 1st to 4th.

The Placement Bracket will play out in a similar fashion to determine the standings from 5th to 10th giving country teams a chance to snag some potentially important consolation Placement Points.